Ellis Benus, me, I was the web designer who had the privilege of working with Ken & Melissa Applegate on the website for their fantastic restaurant. My wife and I shared many fantastic date night meals here and we will forever miss the crescent shaped red booths. 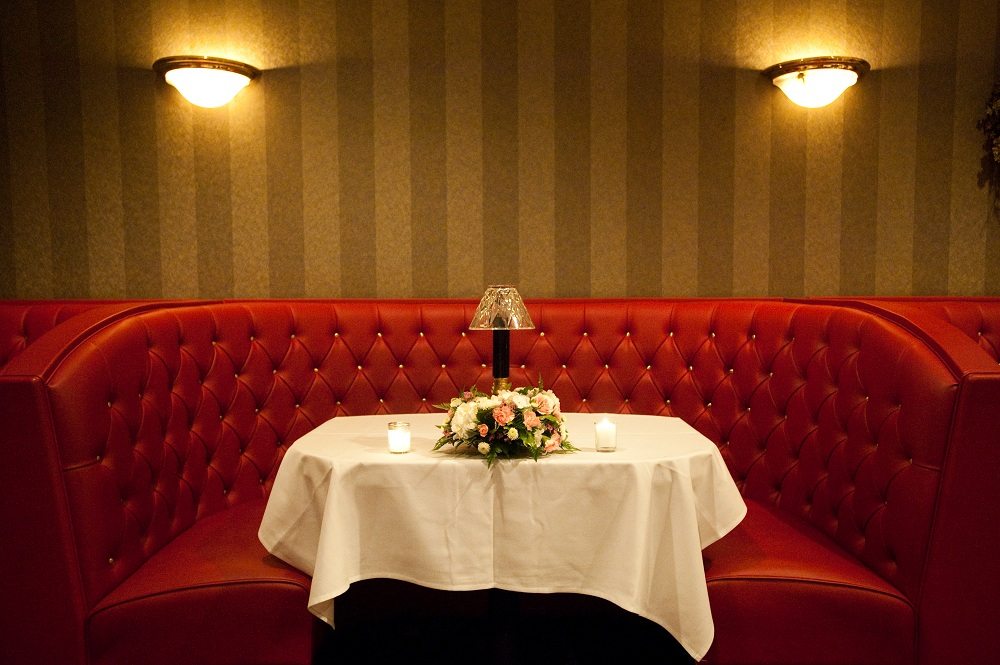 This place has hosted good times a’plenty since the 1920s. Whether it was called Red & Mel’s, the Coronado Inn or Jack’s Gourmet Restaurant, it has been Columbia’s centerpiece of cultural continuity.

Weddings, birthdays, graduations, retirements, election eve landslides, first dates – both disastrous and delightful – Jack’s has been the scene of celebrations for generations. But Jack’s had a living history, transcending lore and legend with a stubborn dedication to sumptuous elegance that defines this restaurant. Jack’s Gourmet was a destination, an enduring social tradition that surpasses any mere dining experience. Some may look at the thick, luxurious carpeting, the crisp, white table cloths, the large chandelier that dominates the center of the main dining room, and dismiss this dated lushness as anachronistic in an era of sleek surfaces, small servings and lighter fare unencumbered by fat or flavor. It’s your grandparents’ Las Vegas, minus the gambling and the heat. There was an unmistakable aura of Mafia chic. Bright red, oversized booths embrace and envelop you, like the supple scarlet pout of a long-forgotten starlet.

The isolation invites intimate conversation. Above the undertone, delicate piano stylings hang suspended in perpetual twilight. Those curved, high-backed “lovers booths” that line the walls are a key to the room’s ambiance, according to owner Ken Applegate, the heartbeat of Jack’s Gourmet since 1973. Tables, he believes, are not conducive to sitting with one’s significant other. “You can sit across from them or next to them,” he says, “but only in Jack’s, where the booths intimately draw people together, can two people really sit with each other.” “Every day there [was] Valentine’s Day,” he says. “So many people have gotten engaged here. I think this [was] the most romantic place on Earth.”

THE BIRTH OF A LEGEND

As befitting a legend, many of the precise details of this landmark’s history have been obscured by the haze of time. Much of what we know was gleaned when older patrons – even previous owners – would come in to eat and drop the occasional hint about the past.

But a photograph from a University of Missouri yearbook confirms that this joint was jumpin’ in 1927.

This sedate gourmet restaurant began life as a rollicking, honky tonk beer hall at the crossroads of old Highway 40 (the forerunner of Interstate 70) and U.S. 63. A rowdy reputation, rough trade and “risqué atmosphere” made the place off limits for many years to the well-bred young ladies of Stephens College. Patrons of the boisterous roadhouse, known as Red & Mel’s, popularized a game of throwing beer bottles at nearby cattle.

Depressions, recessions, wars and assassinations provided endless opportunities for mid-Missourians to forget their troubles, celebrate their successes and drown their sorrows. The place became a romantic rendezvous for college kids flush with the first bloom of love. It was a popular gathering spot after the latest victory by Missouri Tiger football teams that were growing into a national power under Head Coach Don Faurot. It was a favored after-five watering hole for shift workers at local industries like the Brown Shoe Factory.

And it was a haven where returning veterans – many attending college on the G.I. Bill – could enjoy the camaraderie of soldiers, sharing experiences only they could know, trying to wash away horrors they had endured but could never understand. These young men with old faces and haunted eyes kept coming back for decades. This convenient central location provided the perfect excuse to return to the dim corners where they nursed their beers and helped each other nurse their damaged psyches.

Rock ‘n roll, the Cold War, the Kennedy Years, Vietnam – the vaunted barroom saw it all. The names of the business, and the names of the patrons, changed. The good times continued to roll.

A NEW TRADITION IS BORN

Then, in 1968, the fabled cement-floor beer hall was transformed into Columbia’s first gourmet restaurant, as an addition to Jack’s Coronado Inn. Jack Crouch, president of the Coronado, was adamant that Columbia should have a fine restaurant.

To this day, the Coronado sign remains on the restaurant as both a greeting and a tribute to MU alumni who recognize it on trips back to Columbia.

During the ’70s, with its large bar, Jack’s leaned more toward the alcohol side of food service. Live music and furious disco dancing was featured in a room now reserved for banquets. There were whispered rumors that Joe Namath, the great quarterback originally drafted #1 by the St. Louis Cardinals football team, was going to buy the place. “As far as I can tell,” Applegate says, “it was just a rumor.”

Applegate, a part-owner since 1973 and sole owner since 1977, re-focused the establishment with his passion for food. Under Applegate, Jack’s Gourmet became the first place in town to serve veal. It’s still the only place in town where you can get escargot, and it’s been on the menu since the early ’70s.

All the hot times in the history of Jack’s Gourmet had a hard time measuring up to the heat of one recent event. A fire during the early morning hours of Friday January 12, 2001, caused an estimated $500,000 in damage to the bar area of the fabled restaurant.

A Columbia police officer who was passing by the restaurant, at 1903 Business Loop 70 E., reported smoke coming from the building shortly after 1 a.m. Friday. Columbia firefighters arrived on the scene and extinguished the fire within 10 minutes. They used thermal imaging cameras to check the ceiling and wall areas for hidden fires after the main one was put out.

The last employees had left about an hour before the fire, and there were no injuries.

The building predates codes requiring alarms and fire-suppression systems, but the composition of its walls might have helped minimize the damage. They are coated with plaster, a material that “tends to contain fire very well,” according to Lt. Steven Sapp of the Columbia Fire Department.

Many Columbia restaurateurs lined up to support for the Applegates in the wake of the fire. About 70 percent of Applegate’s business comes from catering, and he had between 25 and 30 catering events planned for this weekend.

“There’s just something about restaurant people,” said Mary Evans, who owns the 63 Diner with her husband, Norton. “We’re like a fraternity. My husband has known Ken for 15 or 20 years, but sometimes even if you don’t know someone well, you know you have a lot in common being in the business of feeding and taking care of people.”

Evans and other restaurant owners offered to Applegate the use of their kitchens to assist with his catering obligations.

“We told Ken if there’s anything we can do this weekend to help them, we’d be more than happy,” Evans said. 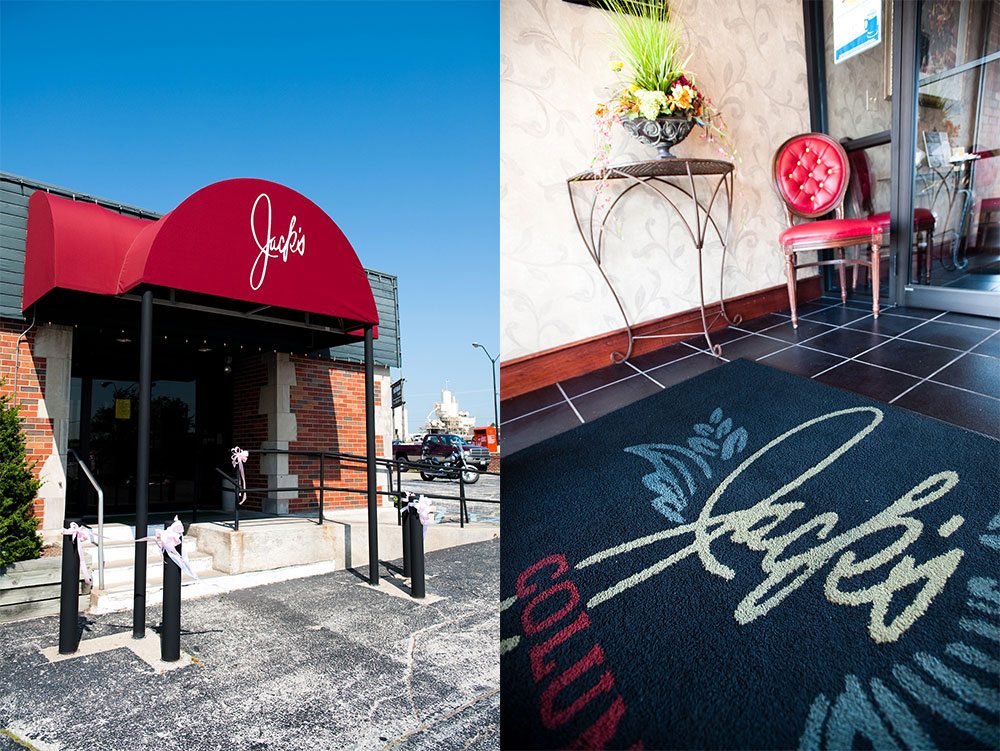 Jacks Gourmet Restaurant Celebrates 40 Years in Columbia Missouri Fine Dining. This photo is of the Wait Staff from 1996: 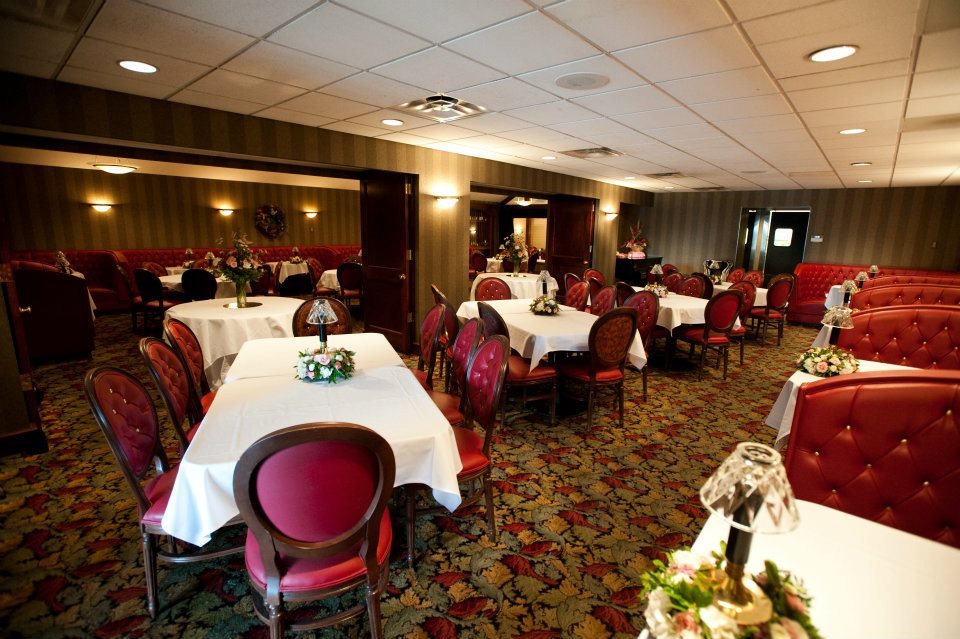 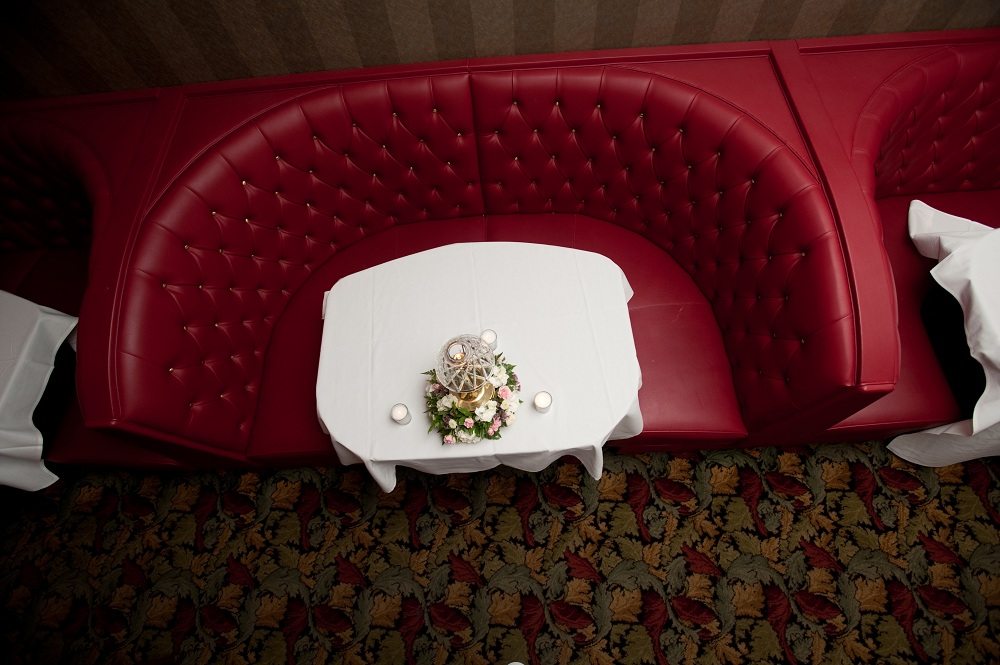 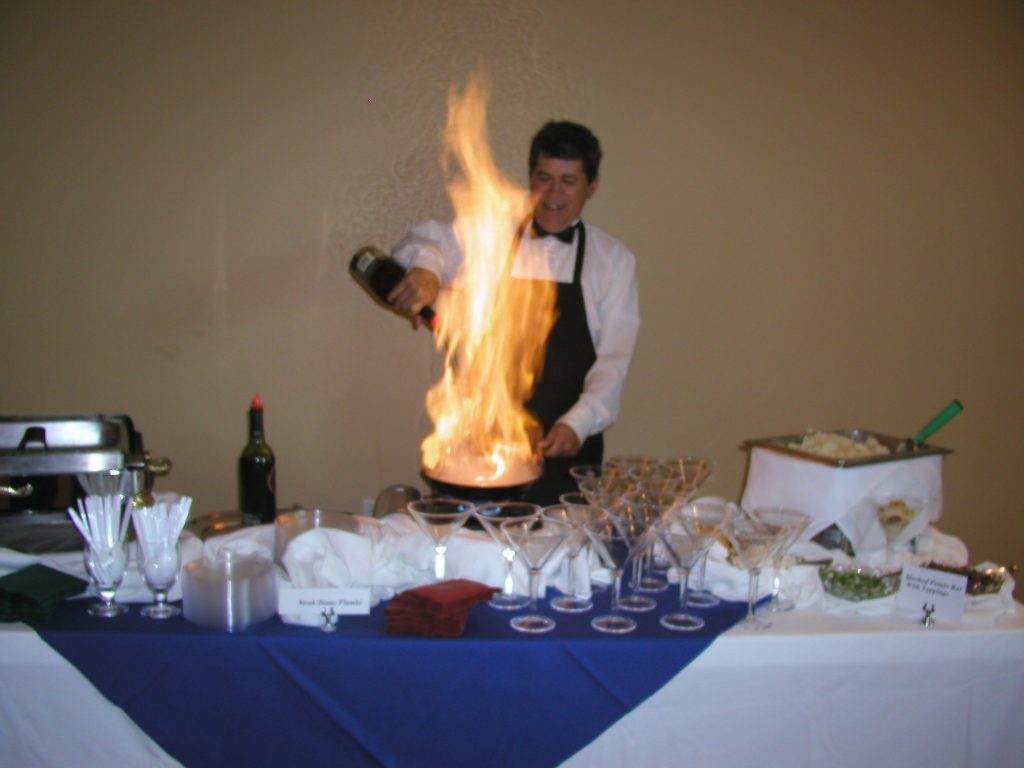